Dynamics of a random walker on  hyper-graph, a network whose nodes are not constrained to pair-wise interactions. We introduce and characterize a novel Laplacian operator, which can be of interest for problems related to classification and  pattern recognition [Carletti et al. Phys Rev E, 101, 022308 (2020)].

A step forward in AKU-WEC and OWC prototype development

The AKU-WEC project is a Transnational Access (TNA) action the EU-H2020 project MaRINET2. In the project, tests in one of the largest wave flume of the world, FZK Large Wave Flume (Hannover, DE) are performed. The aim is the development of the AKU Wave Energy Converter (WEC), an innovative system proposed for exploiting the wave-energy in the Med-Sea and under development/patenting within A-MARE joint laboratory of UNIFI. A laboratory-model of the device at scale 1:8 was built and tested in July 2019 in the wave current flume of LABIMA. Such tests were affected by quite high scale-effects, which may be overcome by the bigger scale tests at FZK. A further objective of the project is to test a conventional WEC based on the Oscillating Water Column (OWC) principle. The OWC is tested at FZK a relatively large scale (1:5). The resulting database, together with the pre-existing extensive dataset from small scale experiments performed at LABIMA, could be used to verify scale effects related to air-compressibility studied by researchers at UNIFI by means of Computational Fluid Dynamics numerical modelling. 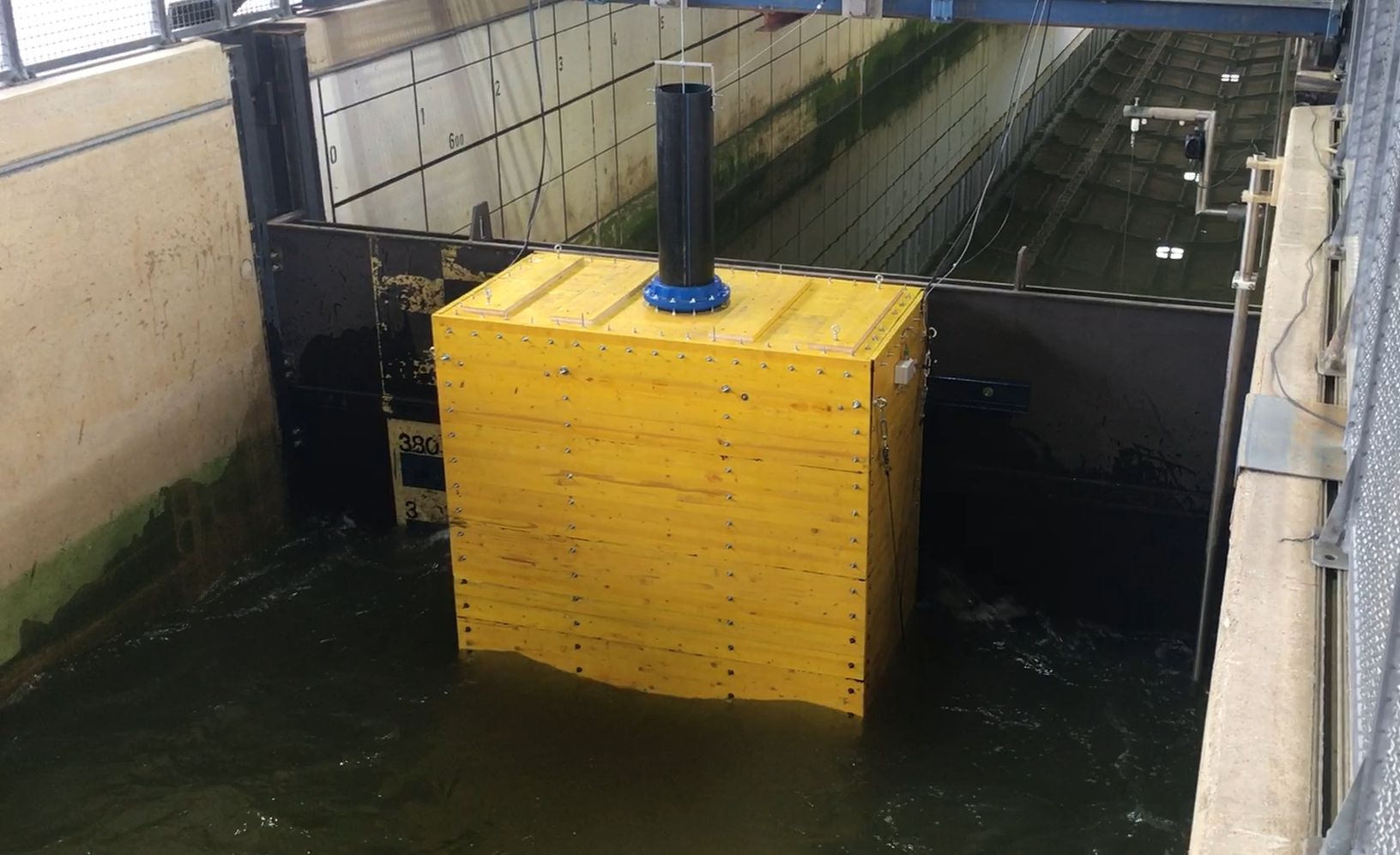